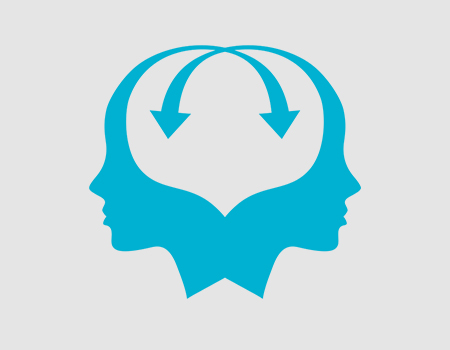 Every time Izzie heard her Mum eat, she literally wanted to scream.

The infuriating noise of hearing her chew or crunch would send the normally calm Izzie to the point where she thought she would punch a wall.

And Mum and daughter had one row after another, to the point where most of the time Izzie refused to sit anywhere near her Mum when she was eating.

Of course there was times when this was impossible to a void – Christmas dinners, family occasions or meals in restaurants. Izzie would find herself filling with panic and doing everything she could to placate the frustration building inside her.

Bizarrely, Izzie could cope with hearing other people eat. It was just her Mum’s chewing, that was no different to anyone else’s, that drove her to utter distraction.

Izzie said: “The sound was worse that hearing chalk scraping on a black board. It went through me and I just needed to get away from it.

“I would get so angry, I would yell at my Mum unreasonable. After all she wasn’t doing anything wrong – she was just eating and was no nosier that anybody else.”

Izzie believes it stems from her Mum being pregnant again when Izzie was 7. She said: “One of Mum’s craving was to crunch on ice. The noise drove me nuts. It grated on me to the point I would cry or shout, begging Mum to stop.

“Of course, she tried to avoid it in front of me but part of her also thought I needed to get over it – which I probably did.”

But from there stemmed a 15 year problem, that dominated Izzie’s life.

“Even little things, like Mum snacking on crisps or nuts while we were watching a movie would drive me insane. I could feel anger boiling inside me. It would end in a row and me storming out of the room. I would go from 0-100mph in rage within a split second.

“I knew I was being unfair but couldn’t control how mad it made me feel.”

It developed into A condition called Misophonia and spread to other people eating devastating poor Izzie – it went further, if someone was continually fidgeting or tapping their leg, she would get frustrated and the urge to stop them was overwhelming.

Izzie said: “By then I was training to be a primary school teacher and knew I needed to take control. How could a teach a class of young children if I couldn’t stand the thought of them fidgeting?”

Misophonia sufferers feel an excruciating pain when they hear someone eat untreated Izzies, Misophonia was one of the worst cases he had ever worked with.

After just one session with David, Izzie was cured.

She said: “The effect was amazing.  I didn’t realise straight away but after a few days, I realised I’d been sat next to Mum while she ate a bag of crisps – something that would normally have me running to the door – and it hadn’t bothered me.

“It felt fantastic. I just looked at Mum and hugged her. Suddenly all the angst between us had gone.

“Our relationship has improved tremendously since the treatment. We can enjoy meals out together and just having a natter around the kitchen table – something most people take for granted, is no longer an issue.”

Izzie no longer gets cross with her husband when he absent mindedly taps his foot and is now looking forward to qualifying as a teacher.

Izzie said: “I really feel as though I’ve got my life back. If only I’d know all those years ago it was curable, I’d have sought treatment much sooner.”