Kira initially came into the practice as a 17 year old accompanied by her mum Michelle . Kira having experienced Stage Fright when she was 11 at a Britains Got Talent audition.

Our code of conduct denotes that anyone aged under 18 must be accompanied by an adult and Kira with her mum went through confidence boosting hypnotherapy sessions. Kira has come on leaps and bounds since meeting David performing live on Radio with David and publicly on Stage at the I Want My Mummy Charity Gala hosted by the Nations DV heroine Miss Zoe Dronfield

Passionate about change and a supporter of equality and the charity www.iwmm.net Kira has kindly waived anonymity to inspire others to seek treatment, now aged 18 Kira has written and performed her album with all proceeds going to the positive parenting charity IWMM. 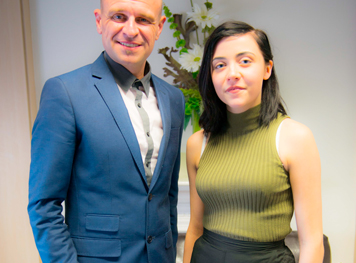